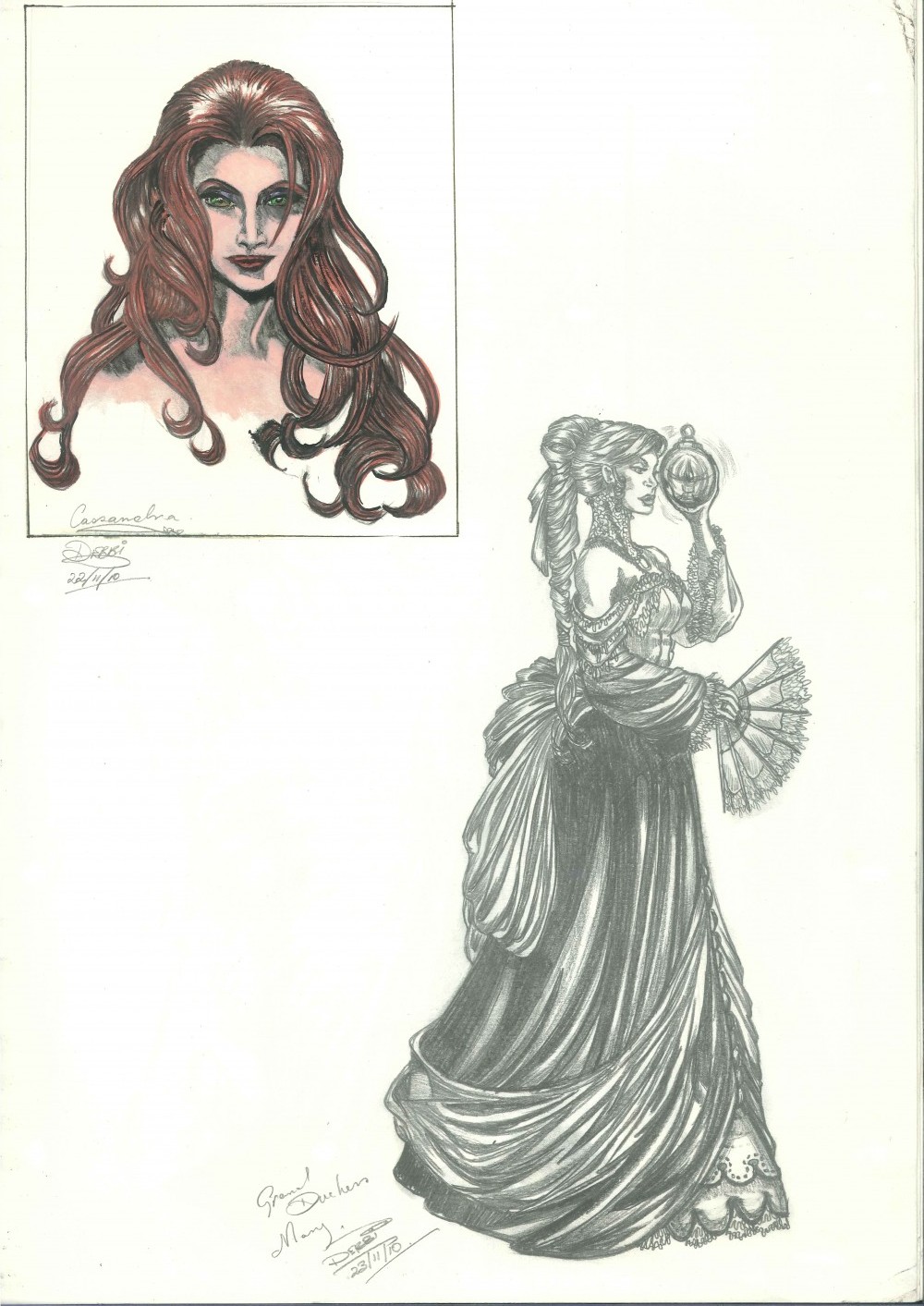 Upper left, Cassandra, Duchess of Cr’Mere and later marries Bolinor and becomes Queen of Amberwine. Cassandra is a mage of tremendous power and harbours a dark secret.
Lower right, Grand Duchess Mary Walker, ruler of Cr’Mere. Mary married Cassandra’s brother and when he is accused of treason she takes control of the throne and with Bolinor and his friends she is able to retain the throne after the decisive Battle of Cr’Mere