What does A Murderer Look Like, I need to know. 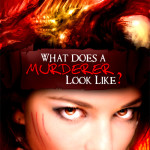 Dark grey clouds drifted slowly, hiding the bleak, snow laden sky; this high up, the concealed sun yielded little or no warmth. The weary woman gradually, painfully wound among the large boulders, ducking under huge, craggy over hangings and slithering through tight, dark forbidding crevices. Occasionally backtracking as the illusion of escape led to yet another dead end; she would tearfully sigh, disheartened at losing precious time retracing her steps.

The woman had given up long ago of checking if anything was hiding ahead of her. The driving need to escape, to get higher, pushed her to take foolhardy, suicidal risks. A short time ago she had leapt a ten foot gap, the rocky landing area coated in slick rim ice. Mora had landed awkwardly and if the slippery surface hadn’t been there, she would have stumbled backwards and fallen. As it was, the woman had flailed her arms about frantically trying to keep her balance, and had slipped on the ice, falling forward to land heavily on her outstretched arm, jarring her dislocated shoulder. Mora cried out in agony and as darkness hovered; her forward momentum slid her spent body that precious few feet. She lay there, her legs over hanging a dizzying sheer drop, the bottom shrouded in dark forbidding clouds, an indication of the storm quickly approaching.

Mora jerking and twisting, collapsed, verging on unconsciousness, as blistering waves of agony racked her body. She rolled from side to side, her legs moving spasmodically as if with a life of their own. The woman concentrated on gathering her strength, desperately fighting not to simply give up. As she lay there, remorseless self-pity assailed her. The woman rubbed the back of her hand against her stinging face. She could see nasal mucus mixed with blood oozing from her nose smearing the back of her grazed and swollen hands. The big lesion on her chin made her teeth ache. She fleetingly thought of her home and family, but to them she was dead; a ‘No Person’. The sickness that had plagued her village and killed almost half the nomadic horsemen had nearly claimed her. For Mora it had been too late. The tribe had sung her death song and had sent her into the desert to die.  However, her will to live was strong, and she didn’t die then: she slowly gathered her feet under her and inched forward to safety, Mora vowed she wouldn’t die now either.

The woman leaned up against the cramped overhang and slid slowly to the rock floor. She massaged her aching shoulder with numbed hands. Her fingers were stiff from the cold; Mora no longer felt the throbbing of the raw, torn and splintered fingernails.  She looked about the austere, sterile environment. Nothing grew this high up as she was well and truly hundreds of feet above the timber line. She scooted along the rock as the icy chill seductively explored her legs and buttocks. Mora tugged her leather sheep skin coat tighter as she leaned outward, looking back the way she had so pain-stakingly struggled. The climb had seemed to take hours and with the sun shielded from the world of the living, she had no way of telling how late in the day it was. Already the snow flurries that had previously hounded her were back like long lost friends to dance merrily about her body like some demented lover. Scratched and bruised, covered in blood and dust, her face was becoming numb from the cold, losing what feeling she had left. Her long auburn hair, now matted and filthy from her climb, blew viciously about her head, lashing out cruelly making her bloodshot eyes water.

She felt pity swell inside her and for a second a hot tear welled only to be savagely dashed away by the biting wind.

“Stop it!” she rasped hoarsely. Her voice echoed hauntingly below. “You’re Mora, the Chieftain’s Daughter. Your father would be ashamed.”

Suddenly she heard the echo of her tormented cry and looked guiltily about.

“That was bloody smart, you stupid cow,” she told herself harshly. “Why don’t you just let everyone know where you are?”

Mora took a deep breath and held it till the panic subsided. Hearing her voice seemed to settle her, so she leaned as far out as she could, and in the gloom below she could detect a shadow of movement.

“Bloody hell! Will she ever give up?”

Hard on the heels of that question, Mora suspected she already knew the answer and it wasn’t one she liked. The woman blew on her hands and clumsily unbuttoning her heavy coat and stuck them under her tunic. She screwed her eyes shut whimpering pathetically as she callously plunged her swollen hands under her arms. The cold that invaded her chest and torso made her squirm and she had a sudden urgent urge to pee. Now that the painful stabbing pins and needles feeling had returned, Mora gave a last look over the side and using her good arm to help her stand, struggled higher following the narrow defile she had found. 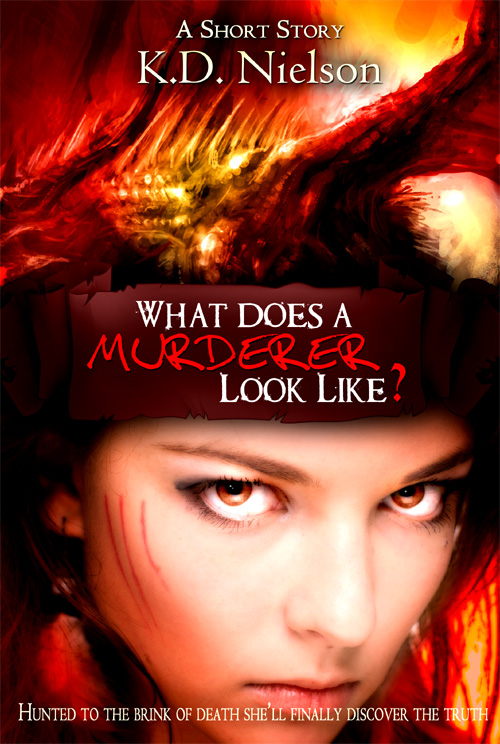